Originally called The Parade (and from 1896 to 1977 known as Humboldt Park), this 50-acre park was located near the center of the German population on the city’s East Side.

In the early days, MLK Jr. Park was intentionally designed for activities such as a field for military drills and sporting events, as well as a large children’s playground. The Parade House, a magnificent restaurant, beer hall, and dance hall designed by Vaux, opened here in 1876 and immediately became a popular attraction for all of Buffalo’s diverse population. In an age when immigrants were arriving daily, such places, Olmsted thought, fostered the spirit of democracy.

In 1895, the Olmsted firm redesigned the park, replacing the Parade grounds with a nearly five acre reflecting pool, a basin for water plants and large fountain. The revised park also became known for its floral displays. Significant features of the park include the Conservancy’s working greenhouse and the Martin Luther King Jr. Tribute Plaza. Learn more about your Buffalo Olmsted Park System at the official map & guide. 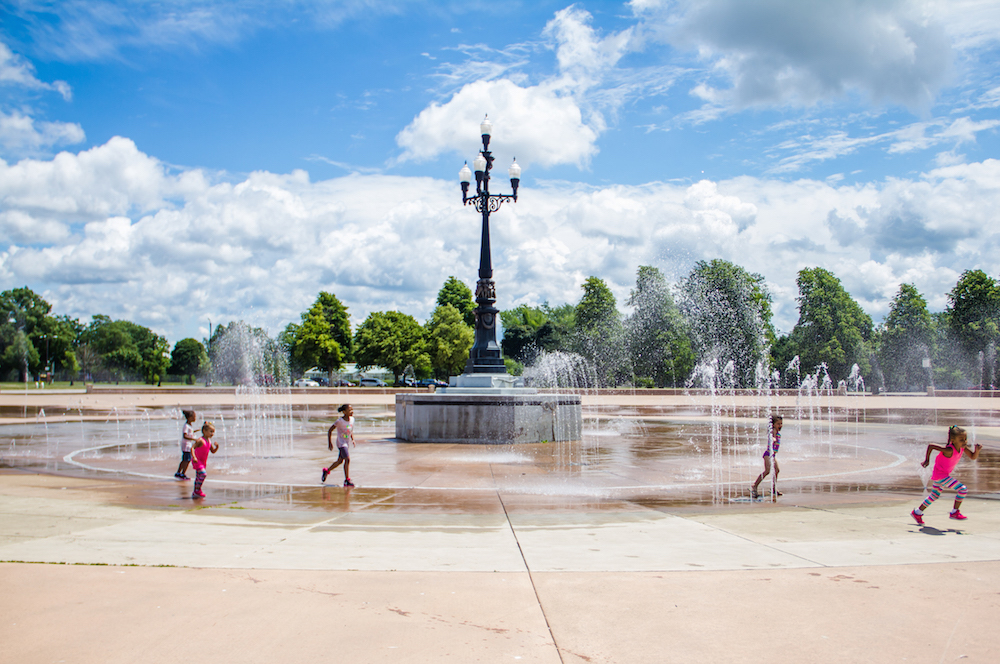 Thanks to the Ralph C. Wilson Jr. Foundation, Highmark Blue Cross Blue Shield of Western New York, KaBOOM! and over 250 volunteers, we were able to build an inclusive playground at MLK Jr. Park, at the corner of North Parade and Fillmore Avenue. Click below to watch a timelapse video of the Community Build Day on September 20, 2019!

The Making of a Monument Exhibit

In collaboration with the Buffalo African American Museum, the MLK Shelter House (beside the MLK Monument Plaza) is home to an exhibit about the MLK Jr. bust. View it online here. Learn about the stories and history behind MLK Jr. Park at the free self-guided mobile audio tour.

Our members are the core of the Buffalo Olmsted Parks Conservancy. With your unrestricted gift to the annual fund, our dedicated team takes care of the 850 acres of Olmsted green spaces in Buffalo. We count on your financial support to keep the Olmsted Parks clean, open spaces where Buffalonians continue to play, exercise and enjoy nature together.

The Marcy Casino and Rose Garden in Delaware Park is rented through Magnolia Events.

FINDING YOUR WAY TO THE PARK