SEVERAL BUFFALO COMMON COUNCILMEMBERS WANT THE KENSINGTON EXPRESSWAY ADDED TO THE STUDIES CURRENTLY BEING CONDUCTED BY THE STATE DEPARTMENT OF TRANSPORTATION ON THE SCAJAQUADA EXPRESSWAY THROUGH DELAWARE PARK.

Both roads are products of the highway model, mowing down everything to build expressways:

the Scajaquada along the route of a parkway in Delaware Park and all the way to the Thruway Niagara Section along the Niagara River; the Kensington leveling neighborhoods on the East Side and then replacing scenic Humboldt Parkway with a deep and wide trench, cutting a neighborhood in half.

Masten District Councilmember Ulysses Wingo said there has been no response to the push for change or to roof over the Kensington. 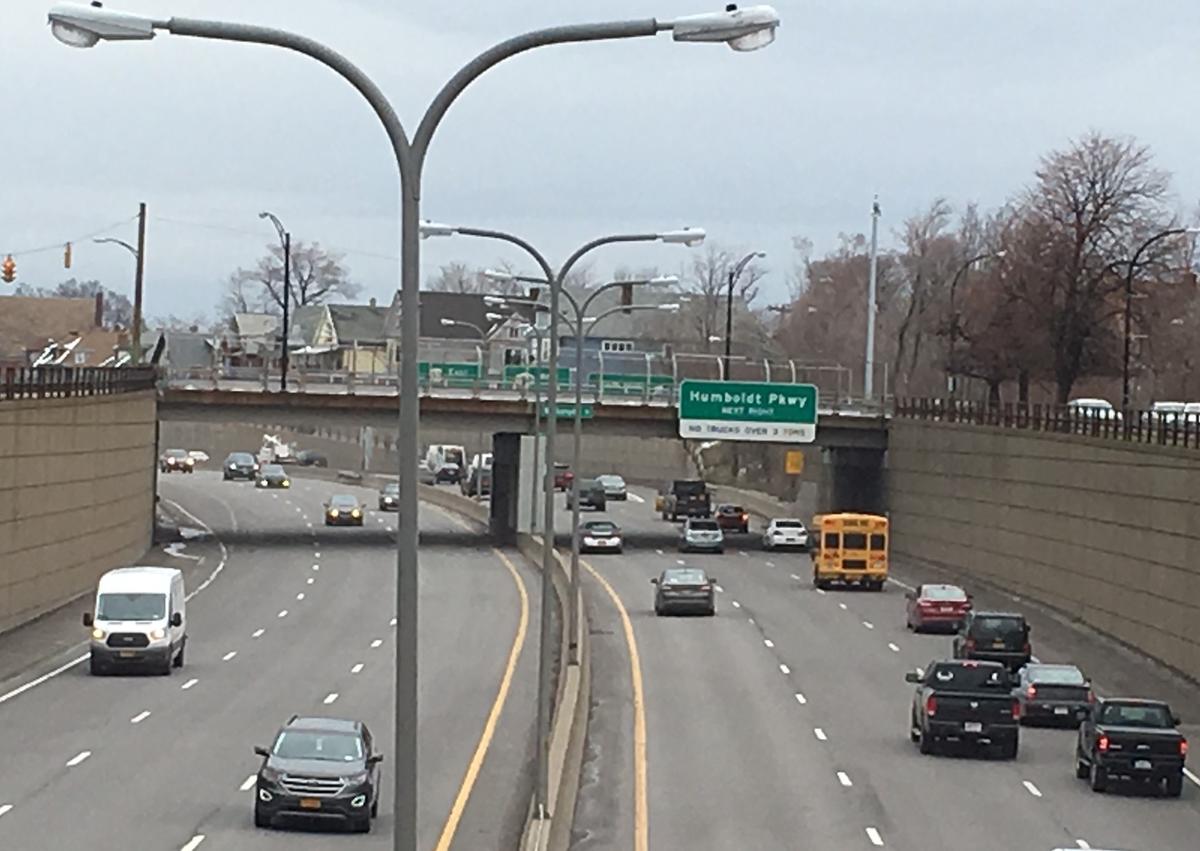 “Wailing about the issues and the detriment to the community and their district and to their neighborhood for several decades now,” Wingo said, “and for Masten again to be excluded, those residents who live alongside the 198 and the 33, to have been excluded again into this final draft of this plan by the New York State Department of Transportation is disheartening to me.”

North District Councilmember Joe Golombek said he can understand Wingo’s concern, since his constituents also are not being heard in the state’s latest plan for re-doing the Scajaquada.

“I say this a little bit tongue in cheek, but maybe the residents of Masten were the lucky ones because they didn’t have to waste their time going to meetings and being ignored by New York State,” said Golombek. “That’s, unfortunately, what happened to a lot of the residents of the North District.”

Residents along what is now the Kensington route fought it decades ago because it cut their community in half and some are now fighting to have that deep trench covered over to re-connect the communities on both sides.